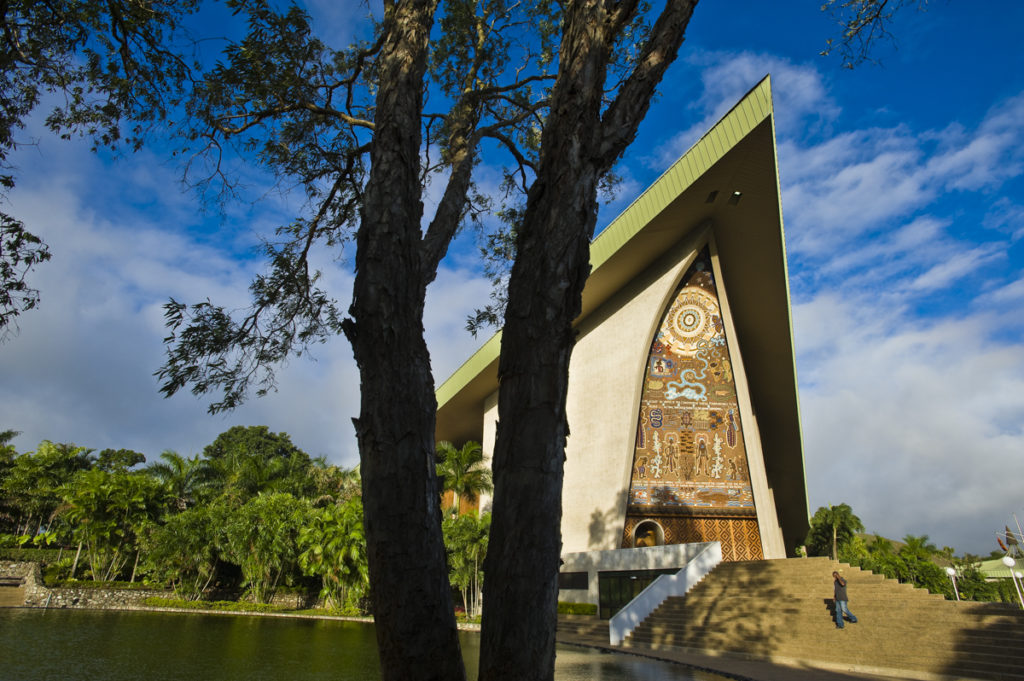 “Study the past if you would define the future.”This quote from the most well-known Chinese philosopher, Confucius, could not define Port Moresby’s architecture better. There is probably no place on earth where traditions define, influence and re-invent modern contemporary architecture. Unique patterns, designs, shapes, social uses and meanings of Papua New Guinean cultures… The imagination of the architects draws on the rich past and heritage of Papua New Guinea.

Even before Independence, Port Moresby saw the creation of one of it’s first pioneeringbuilding: the Downtown BSP head office. Designed in the 1970s by an Australian architect named James Birrell, the facade of the Bank of South Pacific is renowned for its figures inspired by traditional drawings. In soft-hue green and featuring playful forms, for decades now the BSP building has been recognized as the first key architecture building by design experts. 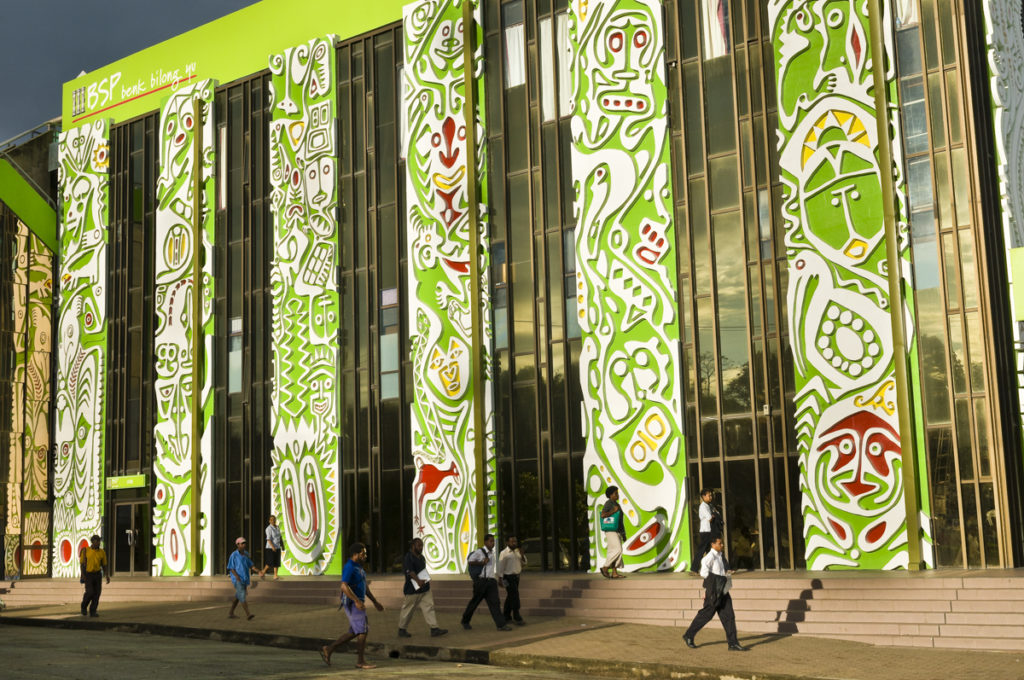 A few years later, the construction of the National Parliament House by the Australian architect Cecil Hogandefinitely made a mark on the citywith its unique shapes mixing the Abelam tribe Haus Tambaran’sstyle (the “house of spirits”) and the traditional Highland circle house. The guidelines given to the architects established the golden rules for all the subsequent innovative buildings of the city: the Parliament House should be inspired by Papua New Guinea’s “worthy traditions of art and architecture” and developed “using solid local materials” so that “the substance of the Parliament will be also of the country”. 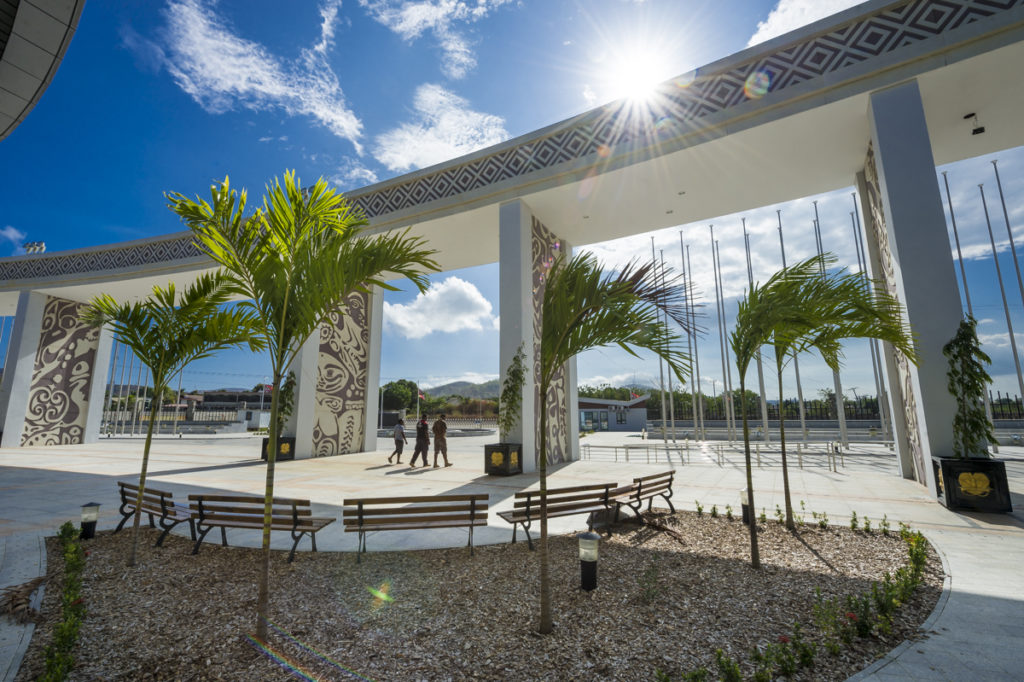 Located just in front of the Parliament in Waigani, the International Convention Center Building was completed forty year after independence in 2015. The design of its large pillars was also inspired by traditional drawings from Sepik and the Gulf regions. 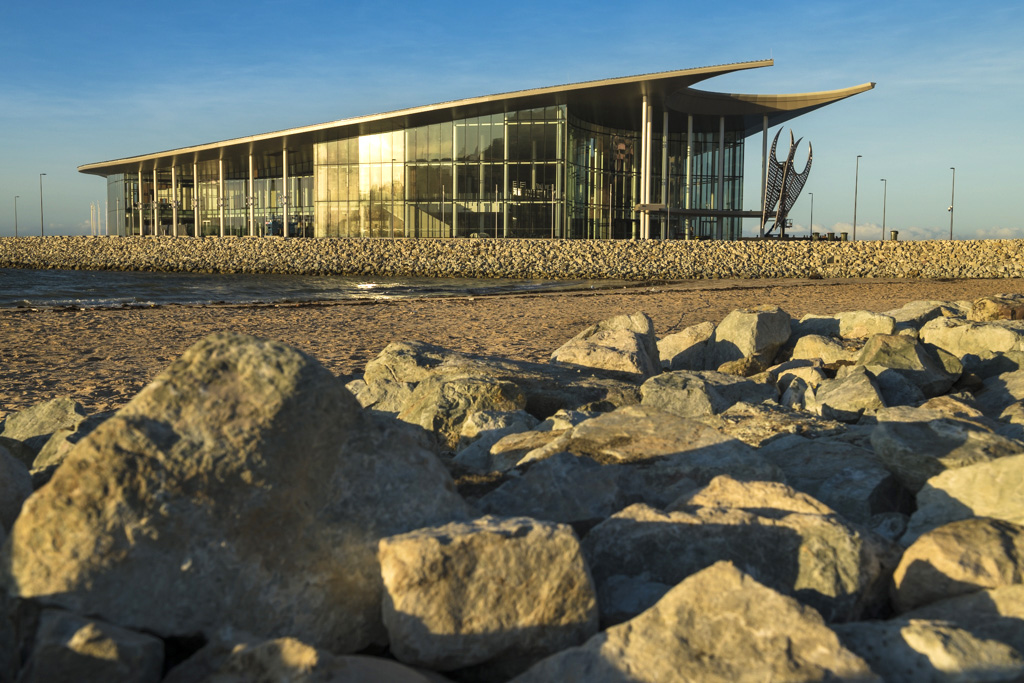 Built just three years later, in 2018, by architects Jim Fitzpatrick and Conrad Gargett, another construction immediately became a new iconic building of Papua New Guinea: the APEC Haus built on reclaimed land in front of Ela Beach  The design of the roof was inspired by the Lakatoi sail, a traditional crab claw sail used by the local Motu tribe. As all modern and innovative buildings of the city, the building  incarnates the spirit of the ancestors. Their voices from the past resound in the present.